A TERMINALLY ill mum has credited a crime-hit yoga studio with helping her come to terms with her condition.
Therapeutic massages and meditation at Santosa in Albert Street left lung cancer sufferer, Liz Leckie, pain-free for the first time in three years. Classes at the studio’s therapy session even helped Liz recover from a double leg-break suffered in a motorbike crash as she ticked off her bucket list of life goals. The mother-of-one shared her story for the first time to praise the studio after housebreakers smashed their way in and stole £20,000 of rare metal artworks to melt down. “It was heartbreaking,” said Liz, 45. “How can anyone steal from a place like that? It’s not just metal, it’s so much more. There’s a severely disabled boy who goes in every day with his carer for a cuppa. He loves the place. It’s devastating.”

The Evening News reported last week how Santosa owner, Janis Binnie, had spent seven years collecting the stolen works from artists in Nepal. “You could see in Janis’ eyes she was deflated,” said Liz, a former business travel consultant. “I told her that someone might’ve broken in but they can’t take the heart and soul of the place.”

Liz was diagnosed with 3b lung cancer in 2014 – a condition with an average life expectancy of just five years. “I had to go and give blood and I just burst into tears in front of the nurse,” recalled Liz. Worst of all was having to tell doting son, Cammy Black, just 15 at the time. “It was horrible,” added Liz, of Garvald, East Lothian. “I just sat him down and said ‘I’m really sorry son, I’ve got lung cancer. I’ve no idea how long I’ve got on this earth.’ He was very emotional.”

Liz sank into depression for two years before finding salvation in the form of cancer care centre Maggie’s – and its “marvellous” psychotherapist Peter Kravitz. From there, she was referred to Santosa which offered free sessions, with therapists and masseurs giving up their time. “I found a place where I could go and just relax and forget about cancer and enjoy the tranquillity that you can’t help but feel when you walk through the door,” said Liz. 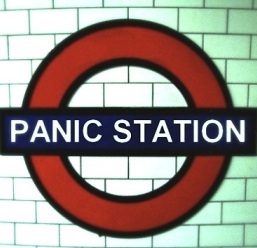 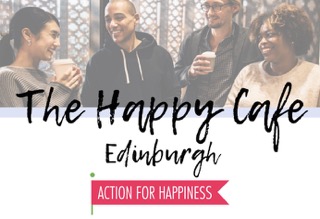 Edinburgh’s first Happy Cafe will launch in the city this weekend. People of all backgrounds are welcome to join us for good food and drink, and to discuss what we can do to take action Read more…

Stretch into Springtime with Shiatsu

Stretch into Springtime with Shiatsu This burst of beautiful spring energy has inspired our resident Edinburgh Shiatsu Practitioner Jenny White to write our next blog. Jenny White - Shiatsu